I have listened attentively,
but they do not say what is right.
None of them repent of their wickedness,
saying, “What have I done?”
Each pursues their own course . . . (Jeremiah 8:6 NIV) 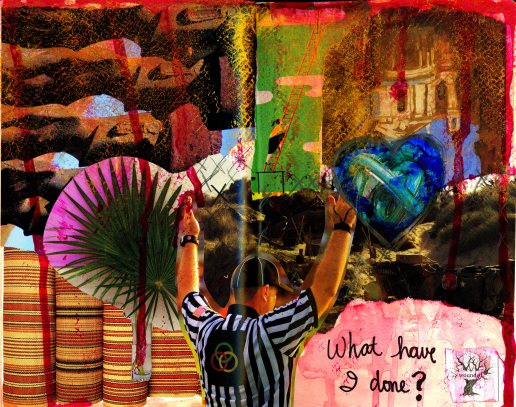 Let me say up front this post is not about dredging up false guilt, but rather to bask in the grace-filled gift of repentance and forgiveness.

Eve chose to believe a lie. Adam chose to eat the lie with Eve.

After God found Adam and Eve, hiding, He asked some clarifying questions.

“Who told you you were naked? Did you eat from that tree I told you not to eat from?” (Genesis 3:11 The Message)

Listen closely. What emotion is in God’s voice? I used to think He was scolding them? But now, I hear a broken-hearted Father. What do you hear?

His next question is directed to Eve.

Be careful or you may think there’s a tone of condemnation. But again, I sense a wounded, disappointed parent softly whispering these tender words: “What have you done?” “Do you have any idea the pain this choice is leading us to?”

Death marked life from that day forward. The next questions in Genesis arise around the relationship between two brothers. And the echoes of the fall inform God’s questions. But do not lose hope, the Father loves and the Father always creates good things, even in the midst of our brokenness.

What keeps me from confessing my faults to God?

2 thoughts on “Question: The Specific Point at Issue”