O Say, Can You See America? 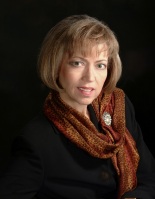 Lynn D. Morrissey, is a Certified Journal Facilitator (CJF), founder of Heartsight Journaling, a ministry for reflective journal-writing, author of Love Letters to God: Deeper Intimacy through Written Prayer and other books, contributor to numerous bestsellers, an AWSA and CLASS speaker, and professional soloist. She and her beloved husband, Michael, have been married since 1975 and have a college-age daughter, Sheridan. They live in St. Louis, Missouri.
You may contact Lynn at words@brick.net.
Please feel free leave your comments for Lynn on this post.
Linking up with #Tell His Story, A Holy Experience and Hear it On Sunday, Use it On Monday