Skip to content
Teach us to number our days aright,
that we may gain a heart of wisdom.
(Psalm 90:12 NIV)
Then Moses said to him, “If your Presence does not go with us, do not send us up from here.”
(Exodus 33:15 NIV) 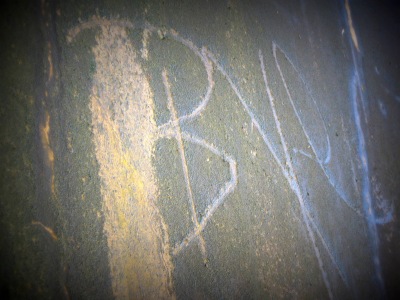 10, 9, 8, 7, 6, 5, 4, 3, 2 . . . 1! We made it! We finished the Erie Canal today. We officially locked through forty-one locks, 34 on the canal itself and 3 twice on the Cayuga-Seneca canal and the first one out of Buffalo, the Black Rock Lock.
What an adventure we’ve had together. Truly we sensed God’s presence each day through His marvelous creation, the ingenuity of the locks and His tender care of providing food, docks, laundry, showers, companions along the way and even some interesting challenges.
Over the past two days we planned to go through Locks 10 through 2 and spend a couple days in Waterford. But the Tugboat Roundup is scheduled this weekend, so we weren’t able to stay on the wall both Wednesday and Thursday night. We regrouped and found a marina near Albany, which really ends up being very convenient to catch the train back to Buffalo, get the truck and trailer and then on Friday morning take the boat out of the water. Then we head to visit my sister in New Jersey and then home.
The last days of a journey are bittersweet. The last couple of days I felt like saying good-bye to each lock, enjoying the majesty of the doors opening and closing, the soothing fountain effect while the “tub” filled with water and the scenic waterways always opening up before us.
Our last night on the canal (really the Mohawk River) was behind the south wall of Lock 7. The lock master at Lock 8 questioned our choice, because “there’s really nothing to do there, but you will have peace and quiet.” We tied off to the wall arriving around dinner time. We went over and met the friendliest lock master yet. A young man following in his father’s footsteps. His father had been a lock master for thirty years. We talked with him, while a sailboat locked up. They were going to stay on the wall, too. So much for a remote place.
We shared our boating stories. They had been cruising and and sailing since the end of May, having left from Toronto, their hometown and were circling around down from Canada, Maine and now the across the Erie Canal up to Oswego and back across Lake Ontario to Toronto. They were traveling with their 13 yr old daughter, their dog and their cat.
In the morning, I went for a run. I had wanted to do a 5K run one of the weekends we were out, if we happened to be in a town hosting one. Never did find one, so I made my own today along the Erie Canalway Bike Trail. (The trail follows fairly close along the route we took; it’s another fun way to see the canal.) We headed out to go through Lock 7 and then to the “Flight of Five” in Waterford, where five locks are within a half mile of the next one. It was a great way to end this trip. At the beginning of the day, we thought we wouldn’t get to see the Hudson River or do the last lock, but as I said, we decided Albany was the better place to take out, so this is where we say “bye” to this journey.
Until the next time.
Photos of the last several locks and highlights along the way:

4 thoughts on “Count: To Rely or Depend on Someone or Something {Intuition Diaries}”